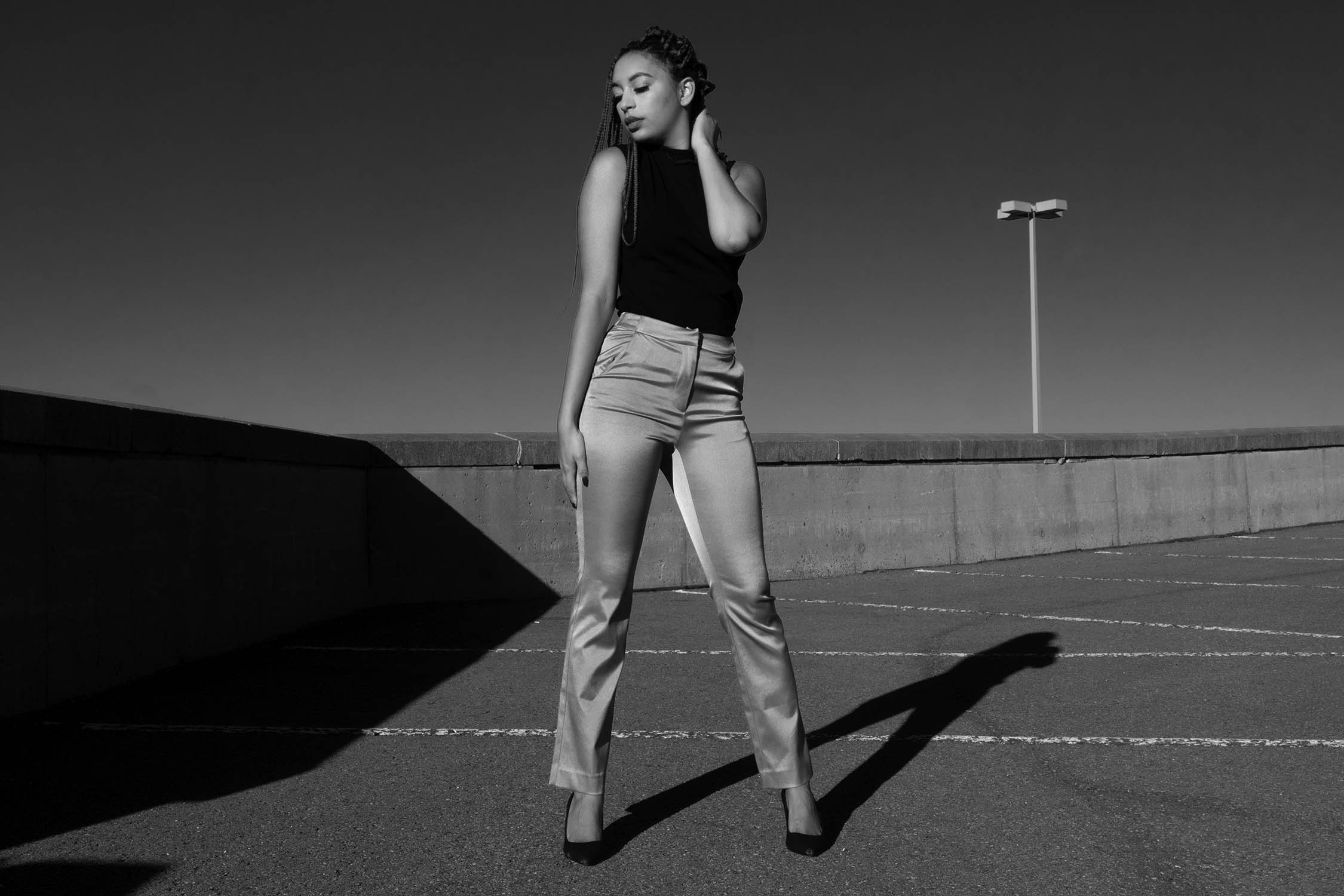 I was in high school when a boy said “I want some chocolate milk in my diet” as a means to hit on me. At the time, considering the bullying I was experiencing and the sheltered childhood I had, I entertained this unconsciously racist comment and flirted back. This was the beginning of what I assume will be a lifetime of comments perceiving my Blackness as something that makes me more desirable, more interesting, or (my favourite comment) exotic.

In my twenties, when I started drinking and partying, the word “exotic” got thrown around. I got told I looked exotic by white men at clubs that I was dancing at or even the bar that I worked at. I was told being “mixed” made me interesting and different. I was made to feel like this was a positive which gave me an advantage over the white women I was trying to act like and the Black culture I was distancing myself from. Though I was happy to have the attention, and admittedly the compliments, I was still turned off by the approach and by being complimented for my skin tone and not my personality or intelligence. None of these men stood a chance or succeeded in taking me home.

This specific type of tactic has continued to follow me into my online dating quests. On my YouTube series Dating Woes, I have outted men who have said other disgusting and degrading things about my Blackness not limited to, but including, “I just wanted a Black girl to taste it” (it was his penis). I have also tried to get white men to understand that putting your preferences on blast (I love dark skinned girls *water droplet emoji*) is not interesting or appealing to us. Firstly, though I’ve already said this above, complimenting me on my skin and not something I have worked on or have control of is not appealing. Saying you love my golden colour, or my caramel tone, or however you want to word it to make it sound sexier than “I like that you’re Black”, is literally complimenting my mother’s choice in sperm donor and not anything to do with me. I had no choice in the deed that was done that got me here, so this compliment isn’t even for me. Secondly, saying you like dark skinned girls is problematic because it generalizes all Black women. We do not have the same cultures, personalities, preferences, values, morals, ideals. While a colour may unite us we are not the same people, which begs the question, what do you like about dark skinned women that isn’t to do with colourism or shadeism? Any stereotypes attributed to Black women tend to have negative connotations, are propagated by Westernized culture and are not true nor do they reflect every dark skinned woman on this planet. It’s insulting to reduce us to a skin tone, and to generalize all Black women’s behaviour as if we are identical species. Thirdly, to any man putting his preferences in your bio of a dating app, it makes you come off as narrowminded and is an instant turn off because those who do not fit the bill will not swipe right and those who do don’t to be perceived as one-dimensional and won’t swipe either. Saying you like dark skinned women makes it seem like you can’t love white women, Asian woman, native women, brown women? If you can’t see those women as beautiful in their own ways then that is also problematic and I would swipe LEFT.

What I did not expect in my younger days was to receive similar treatment from Black men. They too said that my Lightskinned-ness made me interesting, different. I would walk to class and be followed by Black men asking for my number. Black men at clubs would often ask “what I was mixed with”. I didn’t think that men who experienced colourism and shadeism would do that to another POC, but I was different from them. Overall the struggle is real.

Regardless of which instance, everything described above would fall under Black fetishization and shadeism. The other feeling that I get when being complimented in this way, which is solely based on looks, is that there is a sexual element to it. You enjoy how Black women look, you are trying to pursue me sexually, therefore you must assume I am like the Black women under the Ebony category of porn and that makes me deeply uncomfortable. I’m not sure other women experience this feeling, but being reduced to my colour and then sexualised and fetishized for it leads me down that specific train of thought and that is another series of weird and negative feelings.

While I understand where this is coming from, as someone who has unfortunately felt this way about men before exploring and educating myself on this, the feelings surrounding this behaviour are disgusting for the person being coveted. I have often been made to feel my skin tone makes me more appealing than other women, but that being specifically mixed is the key. I’m different to both Black and white men pursuing me. I am perceived as more approachable than “angry”, “loud”, Black women. I am “exotic” and “different” than white women. This weird juxtaposition has led me to have further identity crises as I have found myself being pitted against Black women who know my struggle, and white women who I have tried to become to be more appealing. This type of rhetoric has contributed to the struggle I faced accepting my Blackness, halting my white assimilation, and loving myself as I am.

This blog is not to say that you cannot have preferences, perceive Black/Lightskinned/POC women as attractive, or want someone that you view as different, unique or interesting. This rhetoric becomes problematic when the person to be desired is reduced to their skin tone, made to feel that their skin is the only interesting thing about them, and is then put in a position where they feel they are in competition against their white and Black sisters for the prize of most desired. My advice to any man reading this, who feels this way about Black/Lightskinned/POC women is to keep it to yourself. I don’t think any women want to hear the discussion around their attractiveness framed in this way. If you are engaging with us in the dating world, virtually or in person, clearly there is a reason and we can assume it’s because we are attractive or you are attracted to us, which includes our skin tone. No racist men have hit on me yet that I know of, though I know that is a fetish and I am not interested.

Trudeau’s Drugs and saying the N word during sex 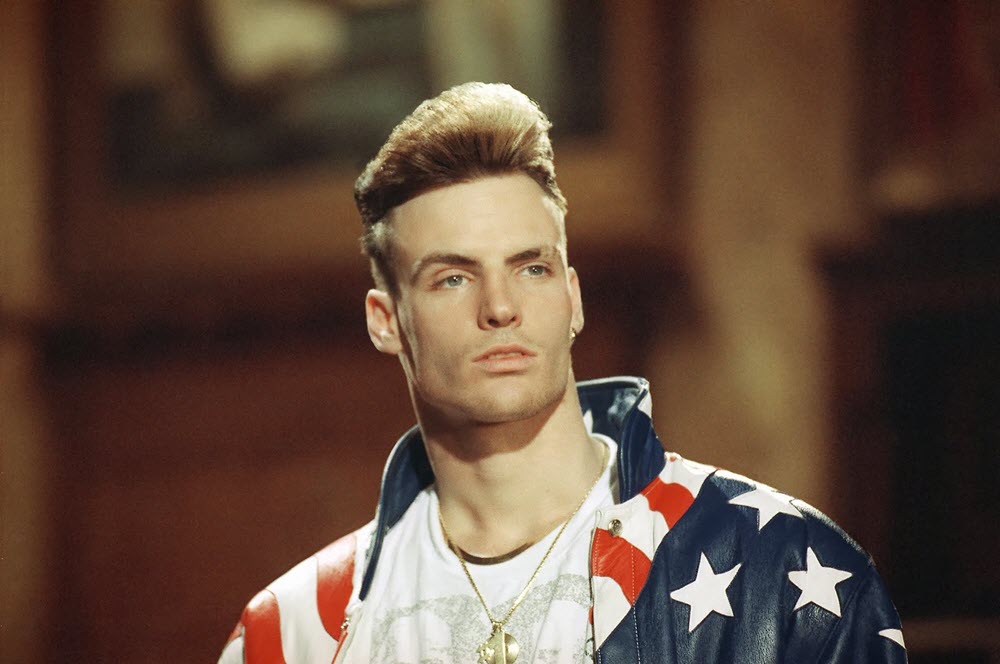 Vanilla Ice “On Second Though”